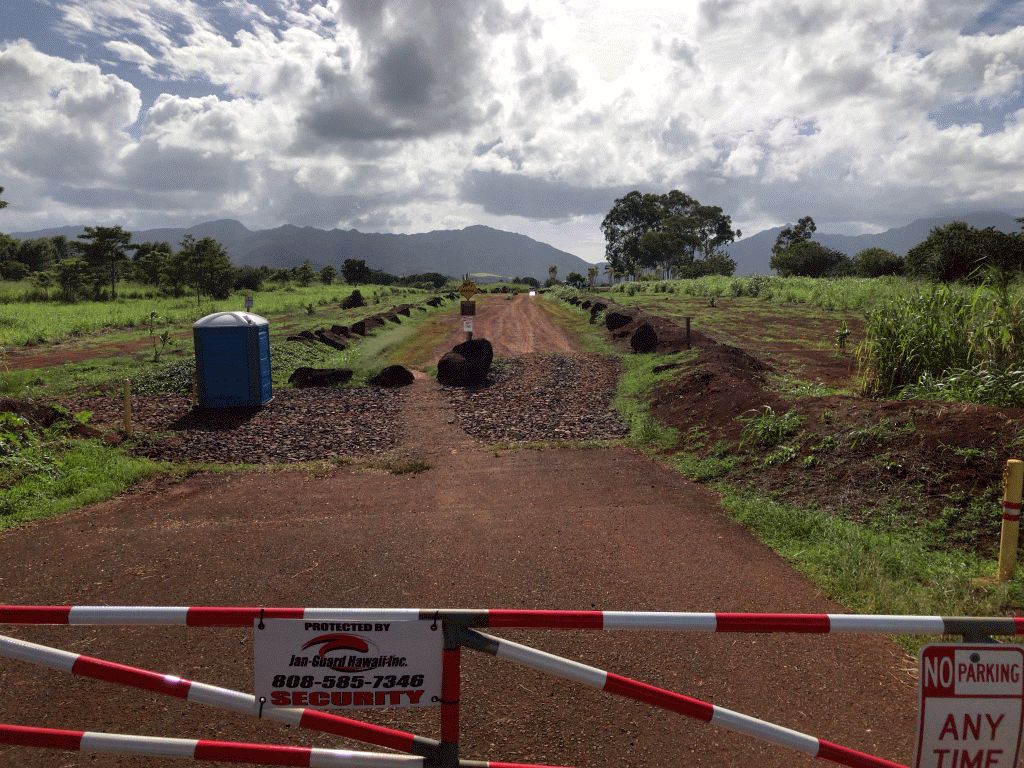 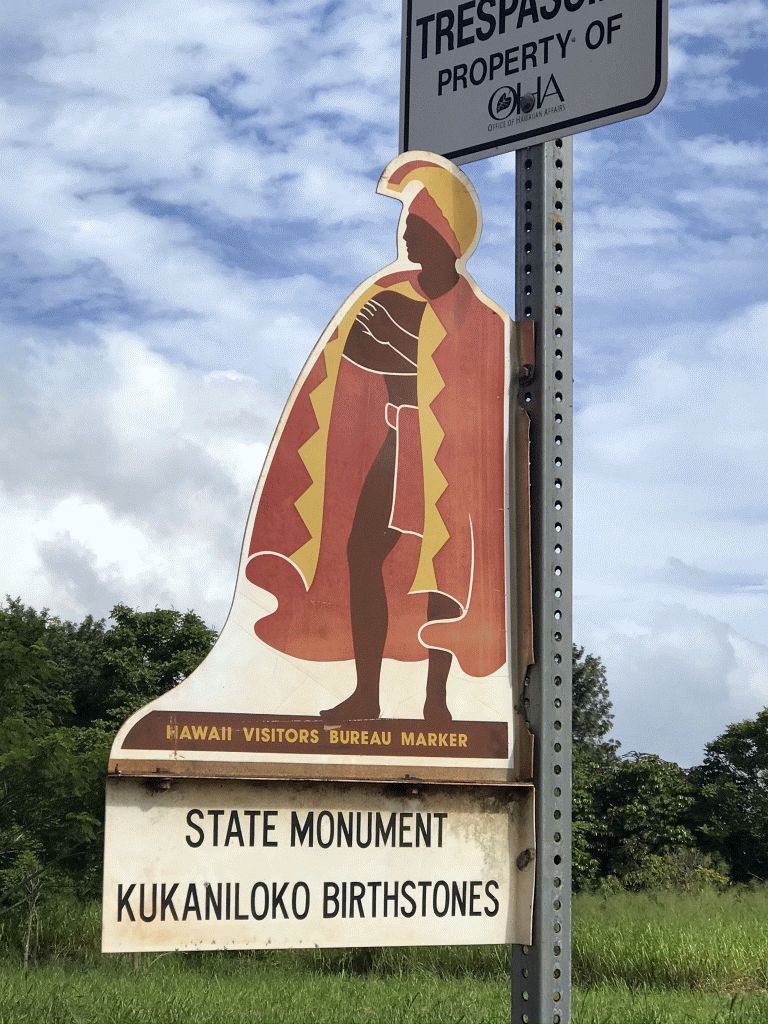 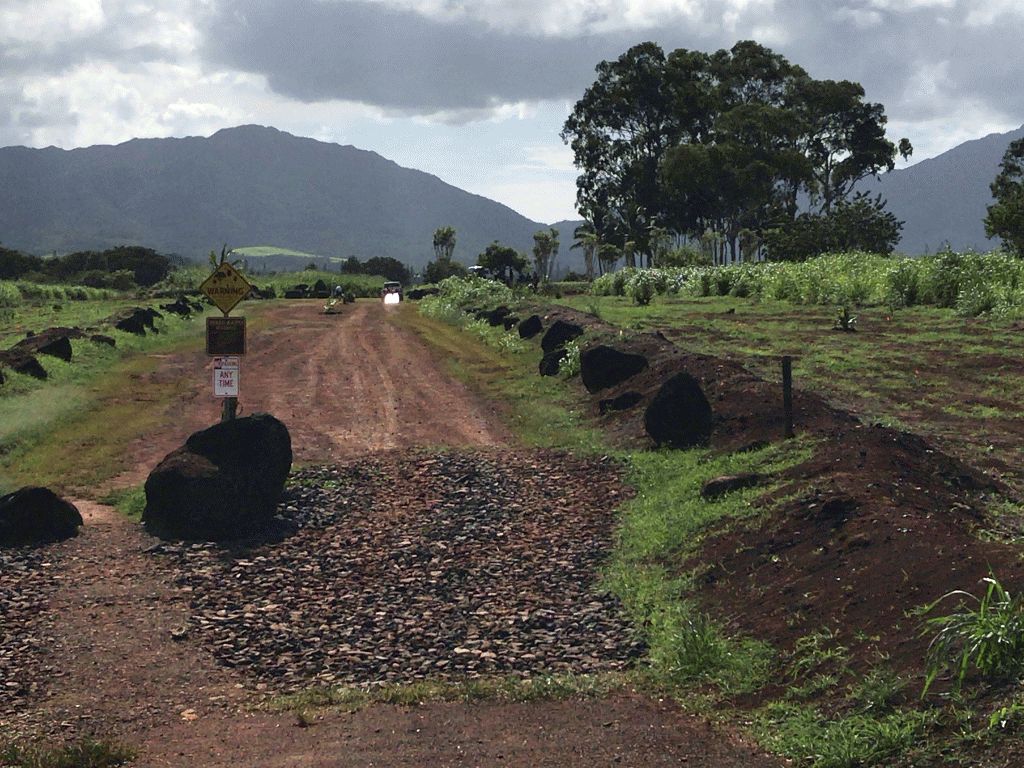 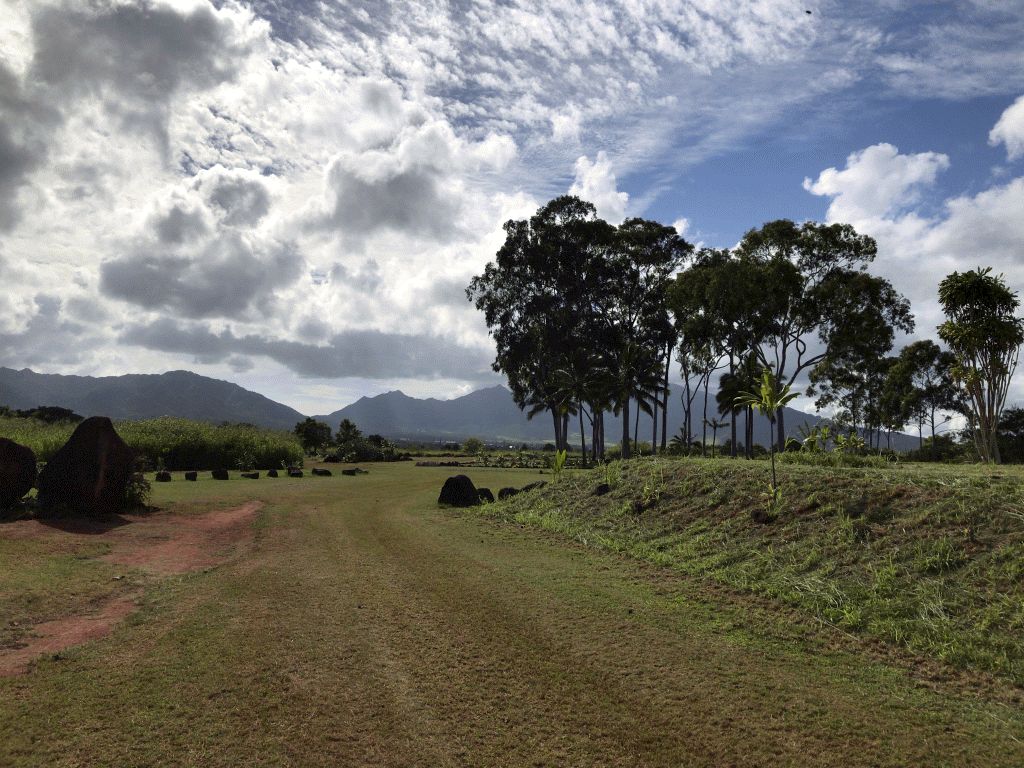 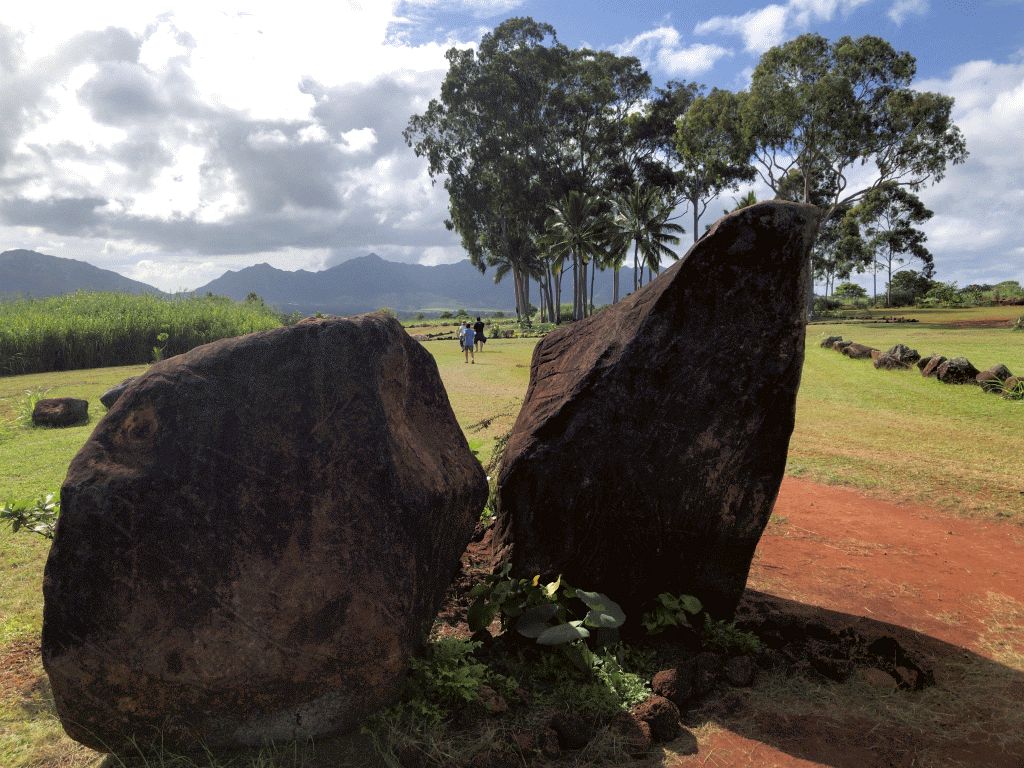 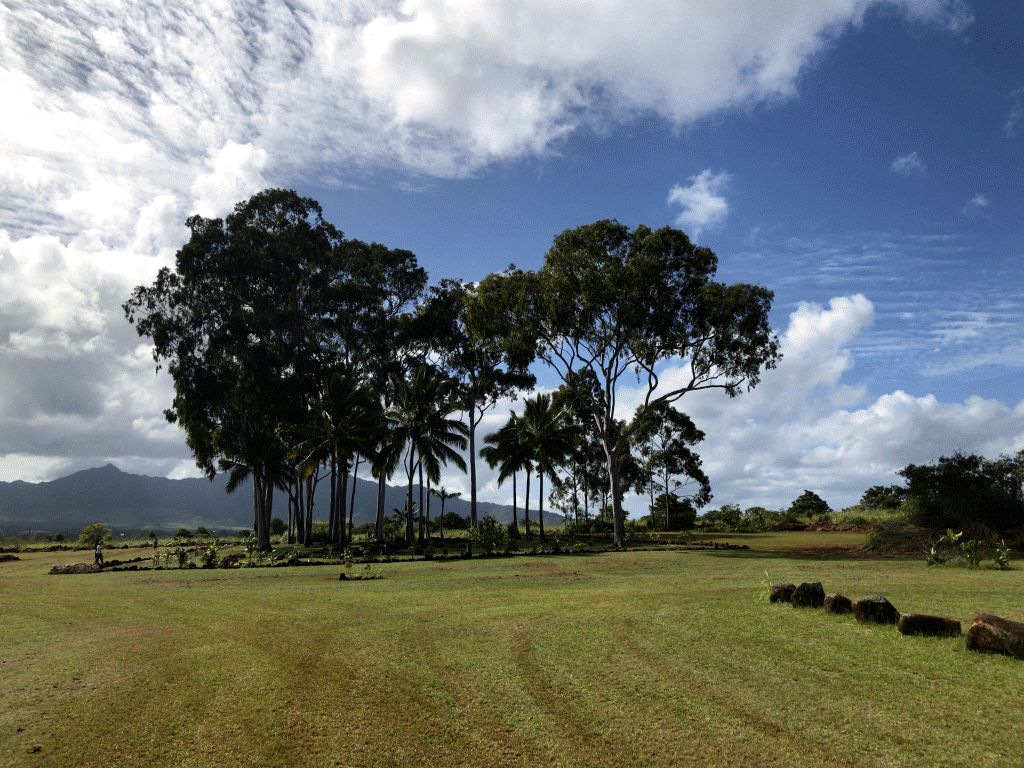 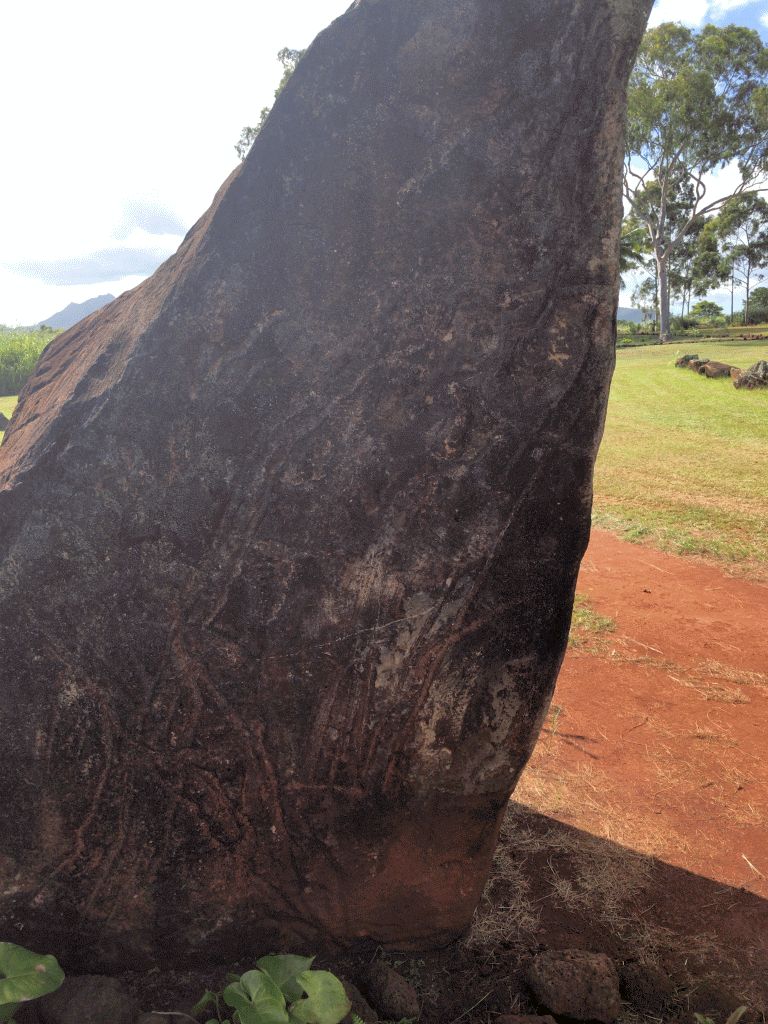 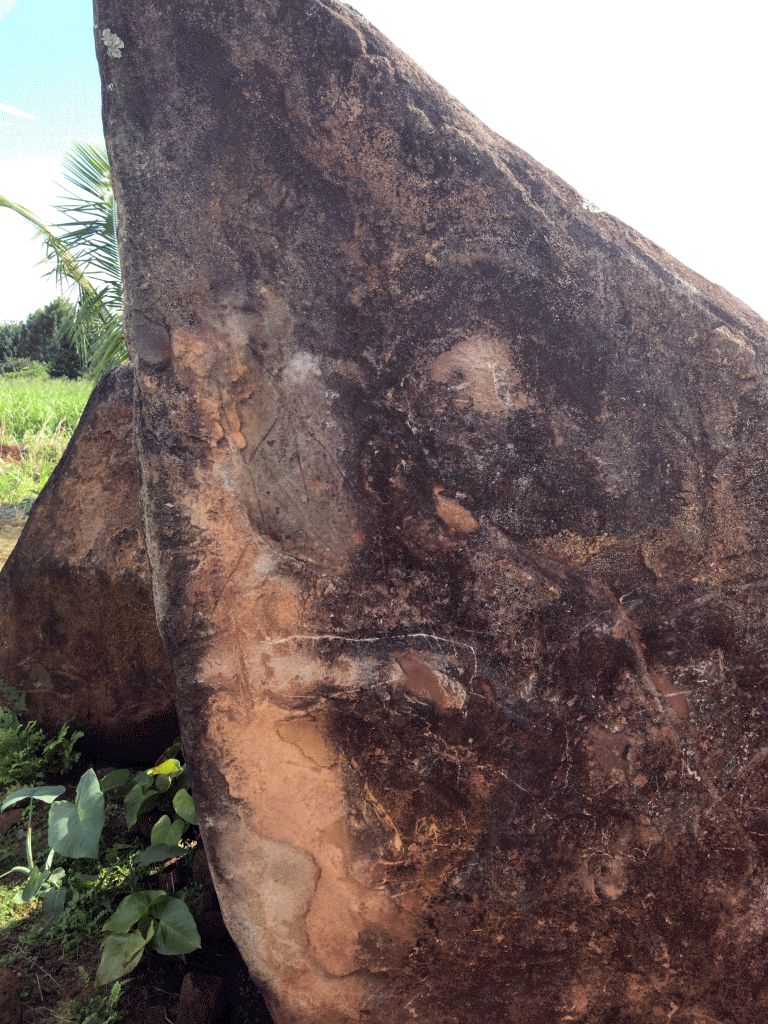 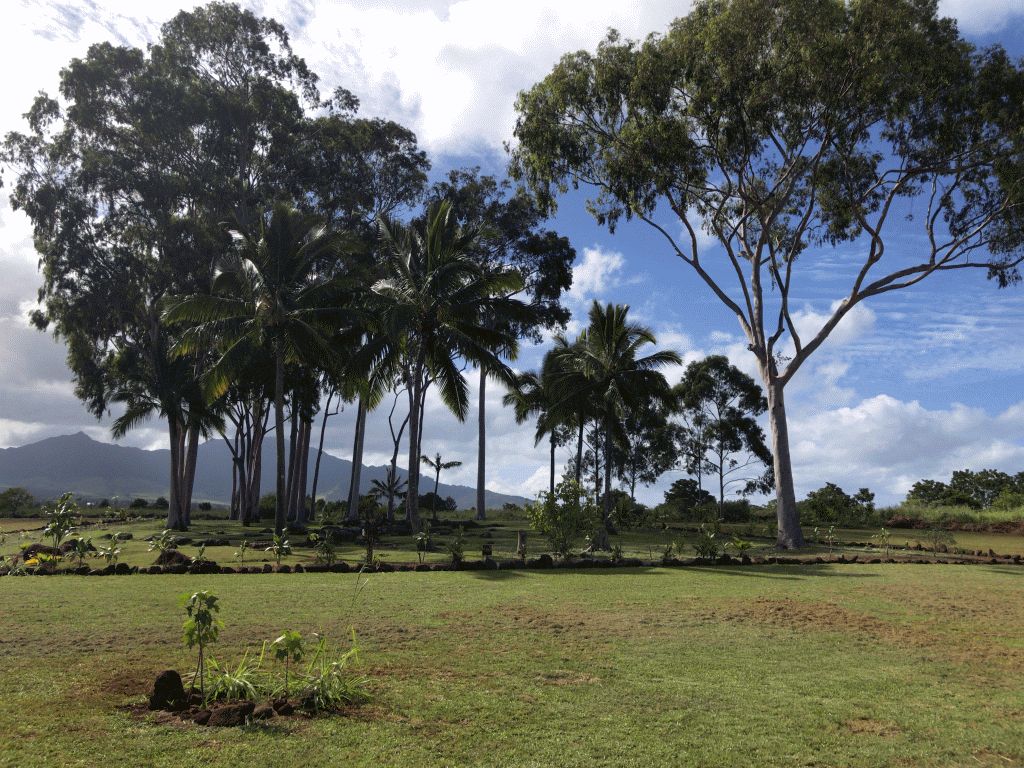 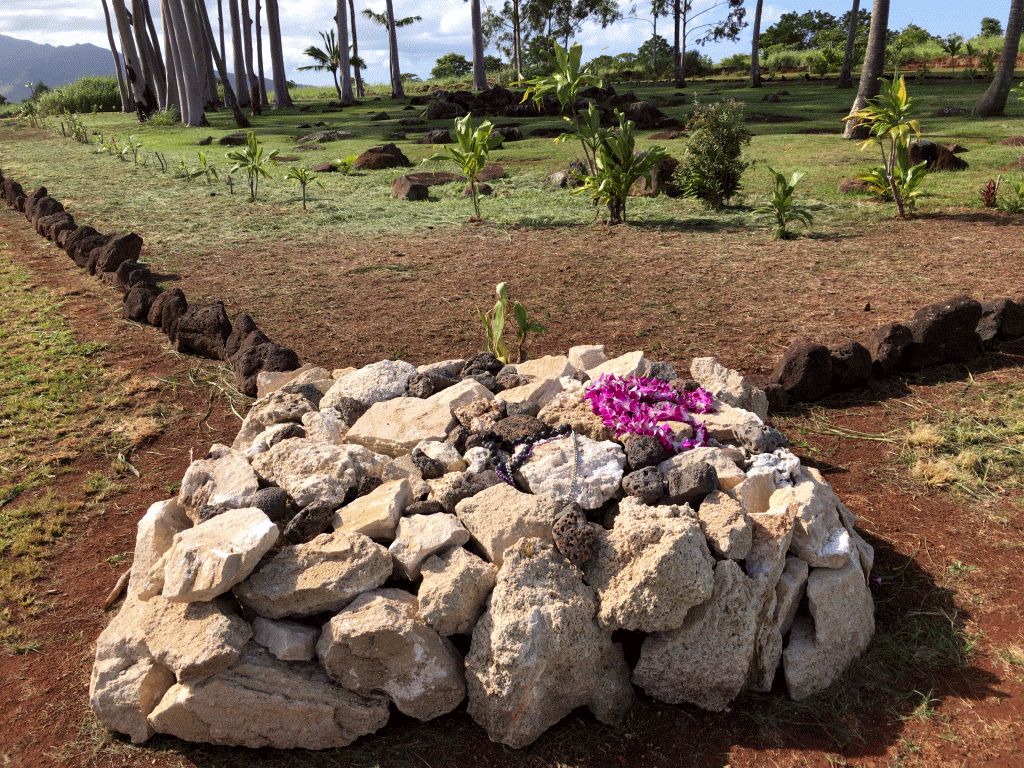 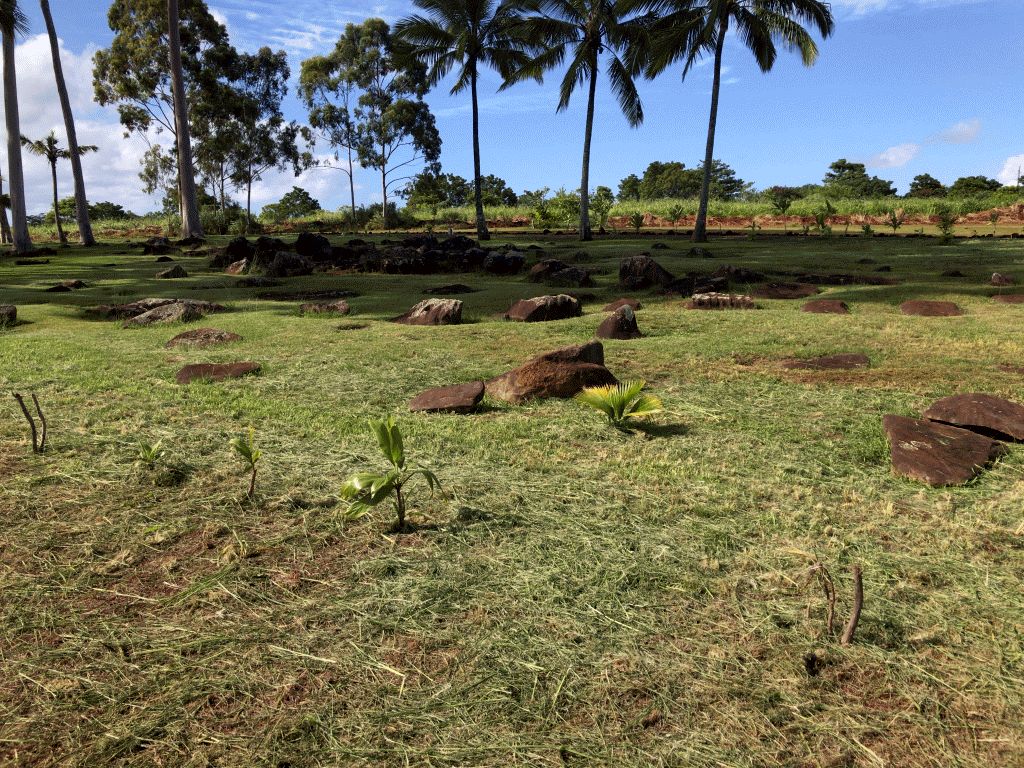 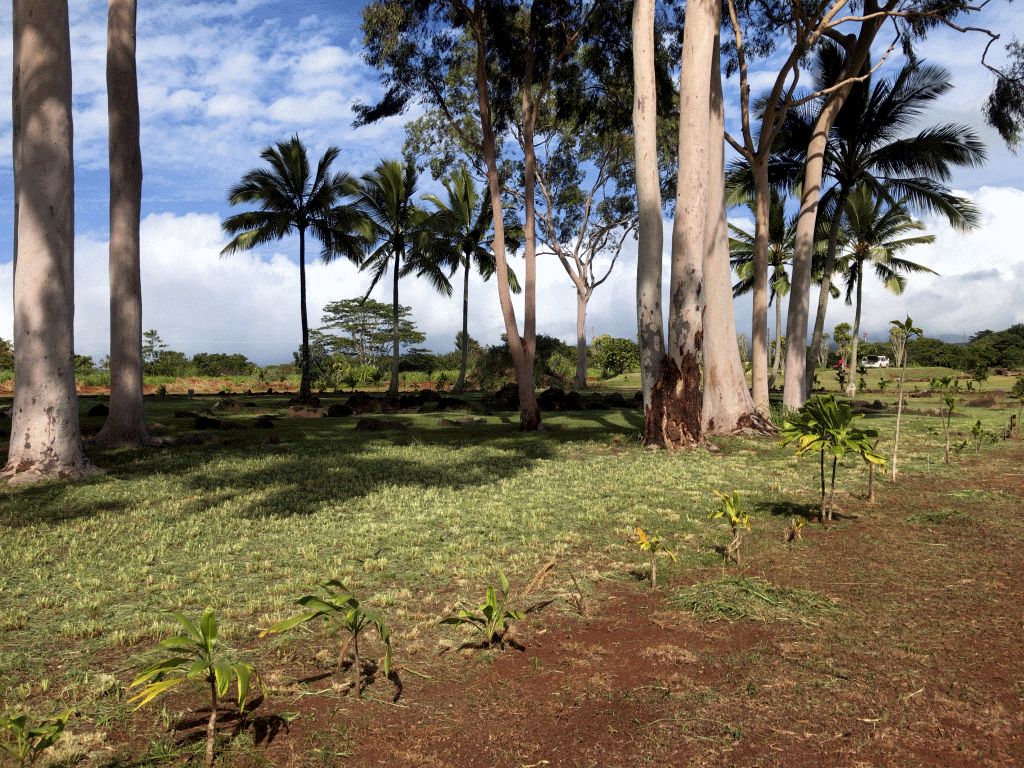 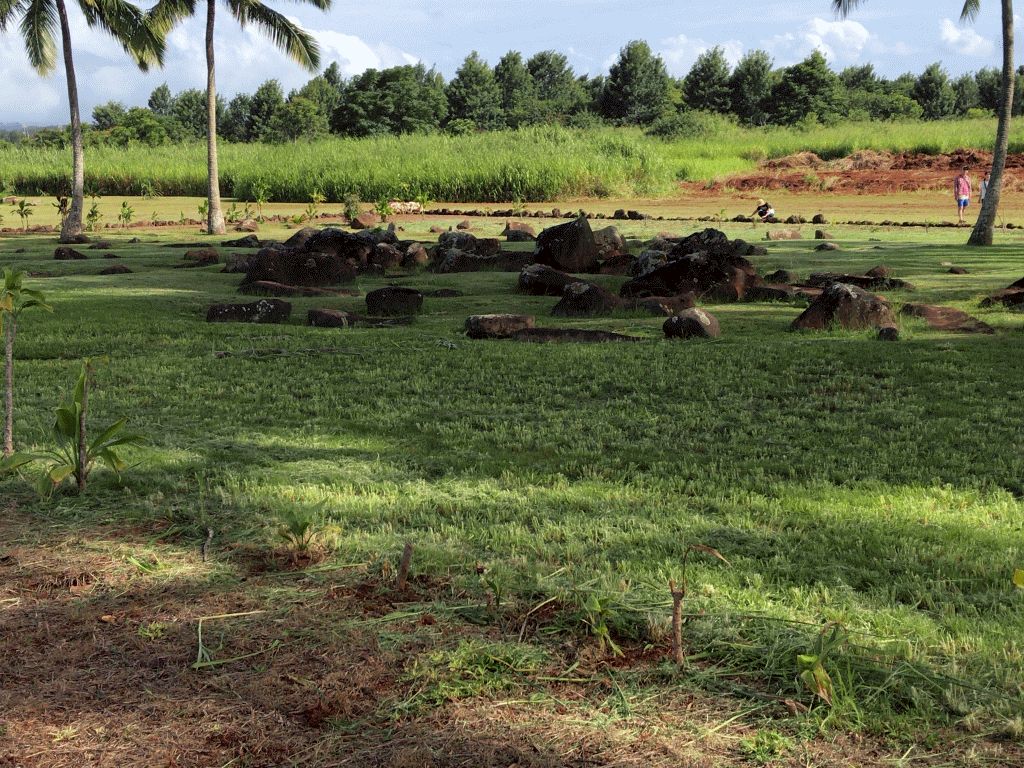 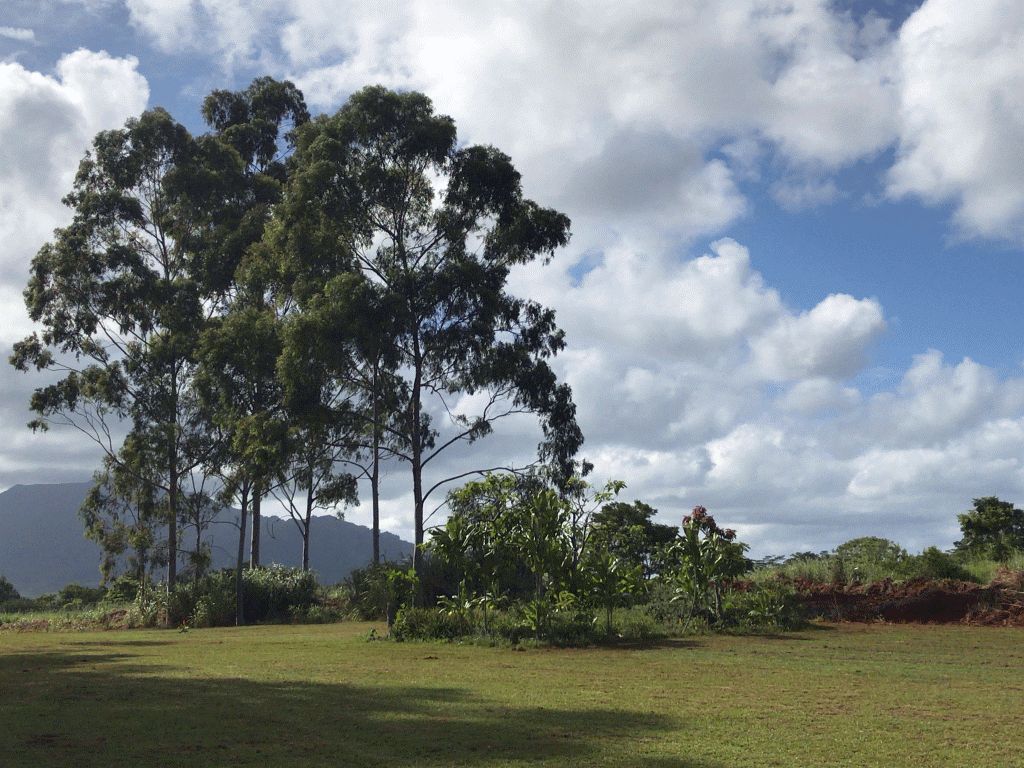 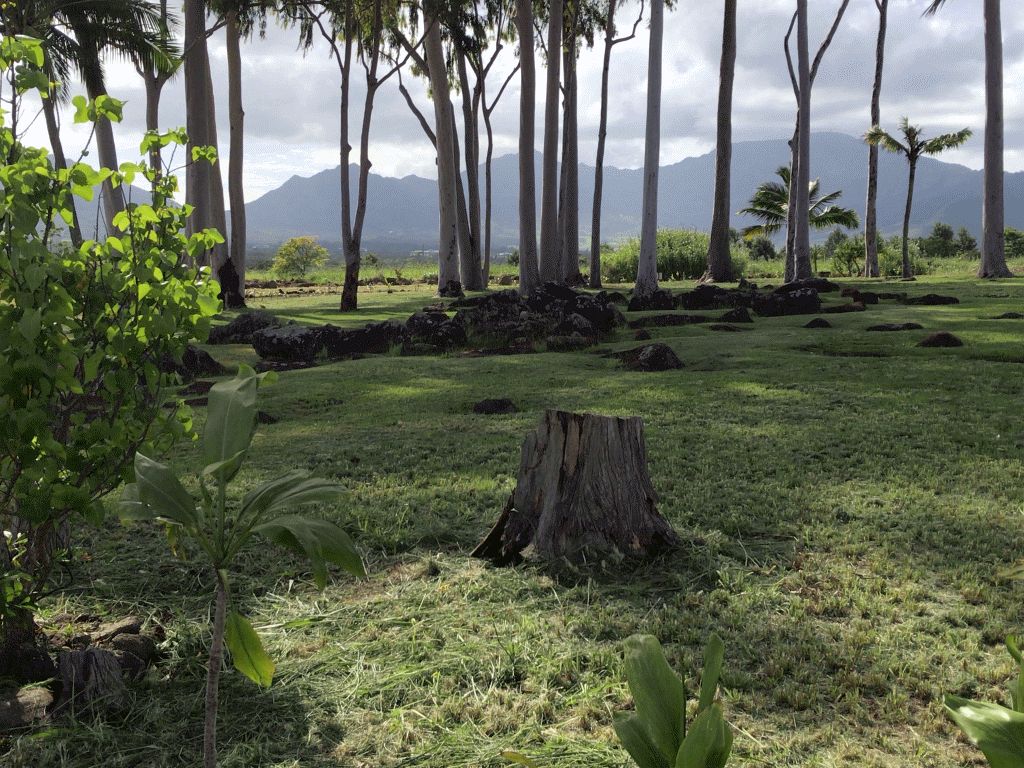 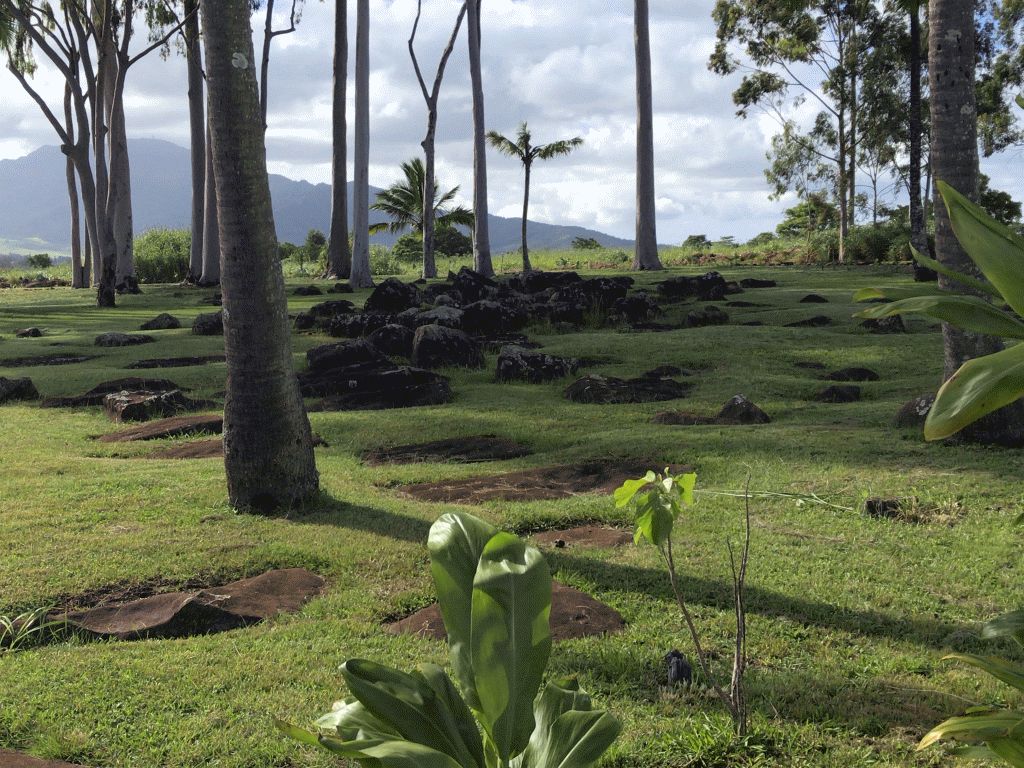 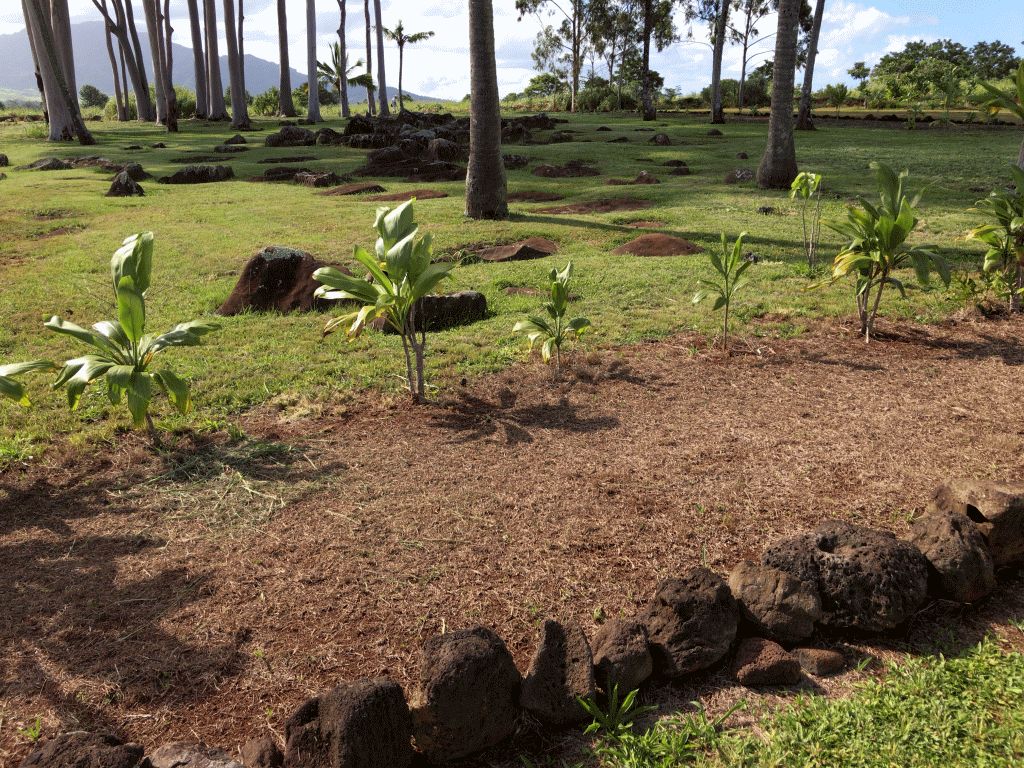 "The Kūkaniloko pōhaku were arranged in two rows of eighteen lava rocks facing north and flanking a central birthing stone. The stones, many of which are indented with bowl-like shapes, now lie haphazardly in a small grove of coconut and eucalyptus trees. According to Hawaiian tradition, ʻaumākua inhabited the stones and could relieve the pains of labor and case the birthing process. The birthing ritual conducted at this site involved the participation of thirty-six chiefs, who stood by as the aliʻi mother reclined on a central stone called Kūkaniloko. Kapu drums announced the birth as the newborn was quickly taken to the nearby Hoʻolonopahu Heiau(now destroyed) for the ceremonial cutting of the umbilical cord. The two ritual drums were called by name. 'Ōpuku and Hāwea. An aliʻi born at Kūkaniloko was guaranteed to be “a chief divine: a burning fire."
James, Van. (2010). Ancient Sites of Oʻahu : A Guide to Hawaiian Archaeological Places of Interest, Revised Edition HI:Bishop Museum Press. pp. 113-114 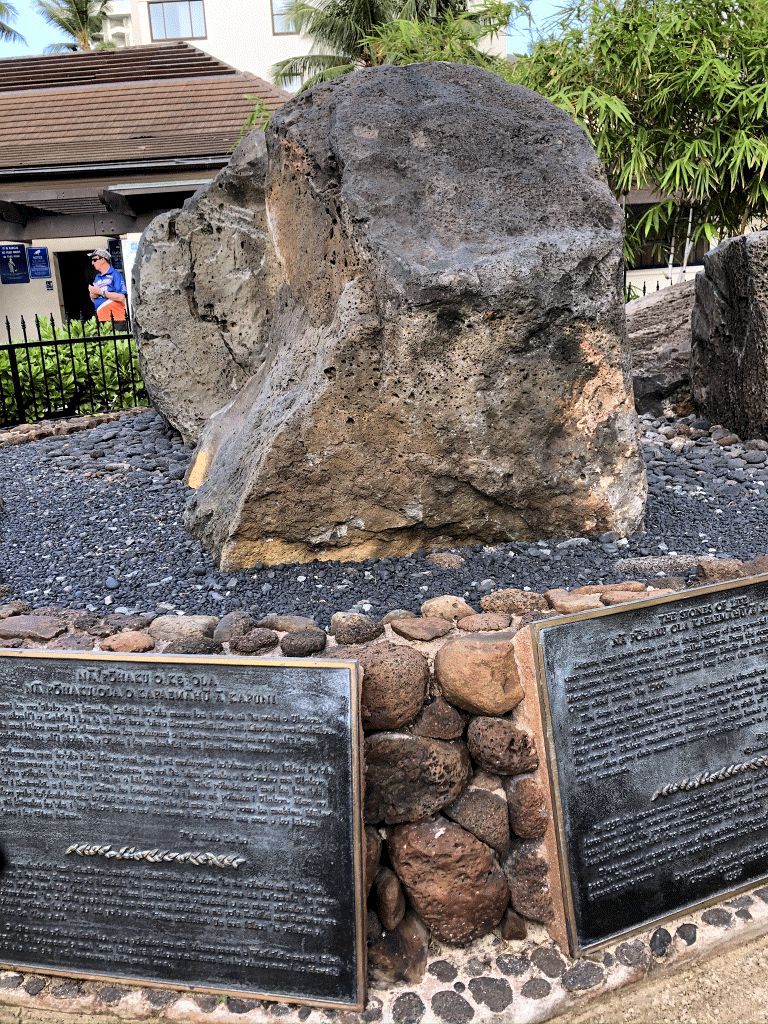 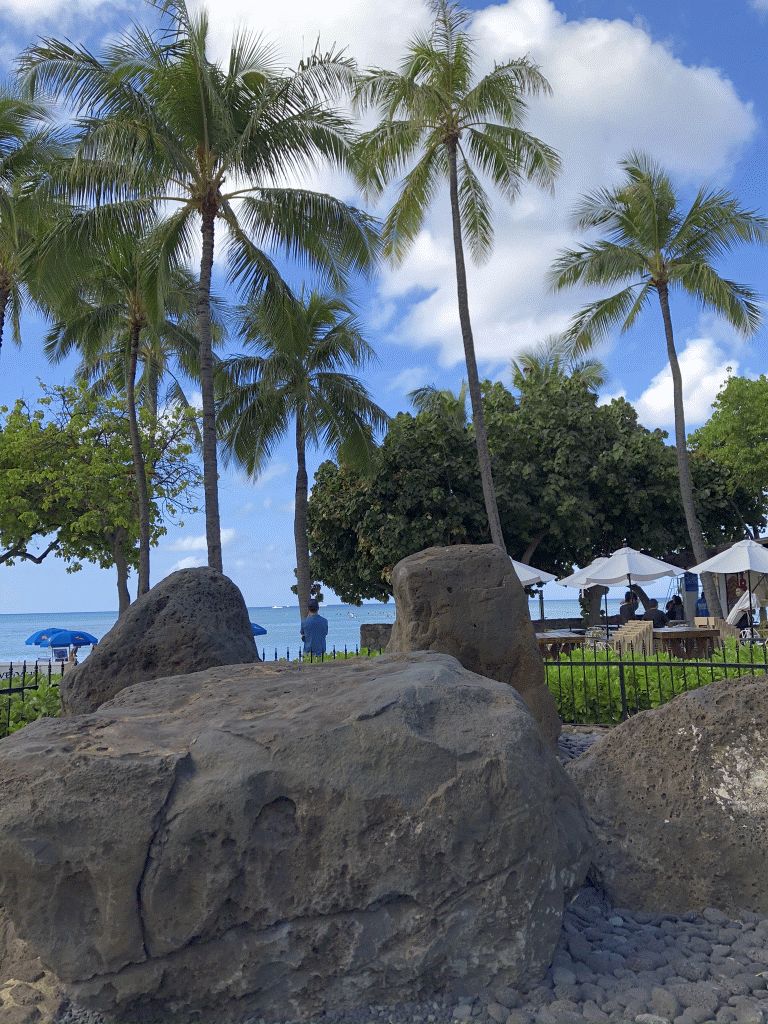 These ancient stones, according to tradition, were once empowered with the mana (spiritual power) of four great kāhuna who arrived from Kahiki (the mythical homeland: some say from Tahiti or the Society Islands) before the reign of the 16th-century ruler of Oʻahu. chief Kakuhihewa. These kāhuna. who became widely known throughout the islands as healers, instructed the people that four large stones should be moved from nearby Kaimuki and placed on the beach at Waikiki. The stones were originally set in different locations: one was placed at the waterʻs edge near the present Moana Surfridcr Hotel, one was located on the ʻEwa bank of the ʻĀpuakēhau Stream, and the remaining two were situated above the shoreline at Ulukou where the kāhuna lived. Kapaemahū. the head kahuna. named the larger of the stones after himself and imbued it with special powers. Over the course of a moon cycle, his companions. Kahaloa. Kaupunl. and Kinahi. did the same with each of the remaining stones. The four kāhuna then left Hawaiʻi for parts unknown.
James, Van. (2010). Ancient Sites of Oʻahu : A Guide to Hawaiian Archaeological Places of Interest, Revised Edition HI:Bishop Museum Press. pp. 27-28